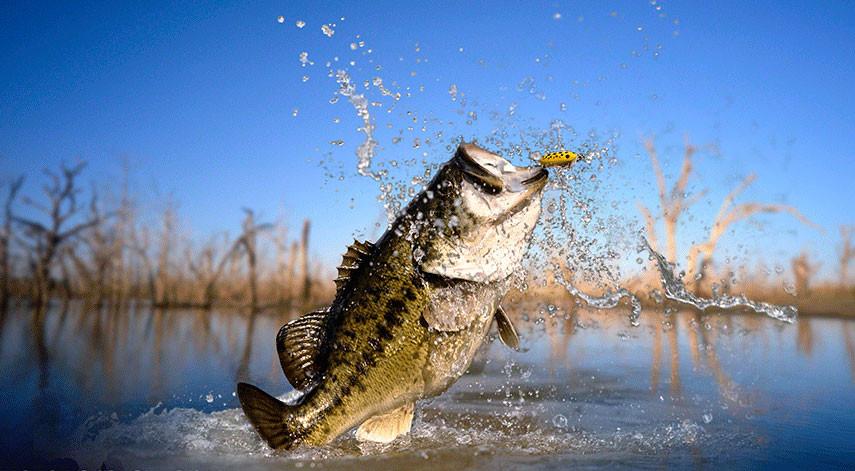 When I was asked to write about my work protecting our water resources for your magazine I started to reminisce, actually attempt to remember, the first fish I ever caught. My fish story is like all the others it includes fibbin’. You know the Texas tradition, family reunion on Lake “So and So”, ours was Texoma, Grandma cooking fried okra and cornbread, cousins playing football, and little ole Sparky, that’s me, learning to fish on the boat dock with a Zebco 202 and a box of worms. Uncle Bill, an amateur magician, taught me the magic of hooking a worm and feeding them to Perch. It seemed pretty boring feeding fish. Then it happened, my first strike, I thought I was hooked on to a whale. I darn near lost my rod and half the reel of that 202 when I accidentally hit the trigger and unclasped the front end of my stick, but me and Uncle Bill hungon. We landed a monster, maybe five inches of pure fightin’ perch. I was screaming to my Dad and Mom and the rest of camp-whatever that I caught a huge fish. By my hollerin’ they thought it was Jona’s whale. I wanted to keep him to show all my friends. I wanted a trophy fish for my bedroom. But Uncle Bill told me something I’ll never forget. He said we needed to throw back Mr Perch so he could tell all the other fish where the best fisherman on this lake was and to go by and visit Sparky. Well 32 years later I’ve come to realize Uncle Bill told me a ‘little fib”. That fish didn’t tell any of his friends where I was.
I know you’re probably asking yourself right now what’s this story about? Well it’s about fibbing. You see someone told a fib a long time ago that wacky-bread environmentalists and bubba anglers can’t get along. They told the one about how we don’t eat meat and worship trees and how you don’t recycle or care about nuclear waste. They told the other one about how we hate hunting and fishing and how you think endangered species is good eatin’. They told a whole stringer full of lies about you and me. Well folks the truth of the matter is we are the same. I’ve seen co-founders of BAIT (Better Aquatics In Texas) recycle a bunch of beer cans and my new friends from TABC, TBBU, BASS Federation, Honey Hole and CTABC have seen me eat a boat load of barbeque. After working with fine folks like Terry Oldham, Bill Bales, David Stewart, Alan Allen, Mike Hastings, Jerry and Debra Dean, Jerry Gold, Randy Kindler, and Ed Parten I know in my heart their commitment to clean water and a healthy environment is nothing short of inspiration. We are so much alike a stranger in our gatherings might get us confused. As a matter of fact, the first time I met Ray Scott, the Bass Master, he was wearing Birkenstock sandals, the international shoe of wacko-activists and I was wearing ropers, country boy tennis shoes. Go figure. I think I’ve come up with a new bumper sticker: Honk if your a wacky-bubba-activist.

So what is the agenda of these fibbers who fear our coalition-building. It’s called divide and conquer. They know the game. “Don’t let those wacky environmentalists join forces with bubba or all hell will break loose! Tell ’em white lies about each other and they won’t pay attention to our agenda. They won’t know we sprayed thousands of pounds and hundreds of gallons of herbicides into their water, they won’t know we allow them to take mercury laden fish home to the dinner table, or that we accomplished the ultimate in polluting status: # 1 most polluting state in the country. Don’t even let them talk politics because they will be all over the political spectrum and us poor lobbyist will be out of work”. When BAIT members spoke together at last year’s Texas Parks and Wildlife annual meeting I saw amazed looks on the faces of Commissioners and staff. I don’t think they could believe that we agree on a host of issues and had broken down the barriers keeping us from working together. Chairman Lee Bass told me this was a special event and I knew a new day of conservationism and caring for our Texas heritage was born. But be aware my friend new fibs are a brewing at the PR machine-shop. Big business is still the king in politics and we are just knights in shining amour learning to ride our horse. We will have to learn new languages that include words like: one ounce Texas jig rigs or environmental impact statements. But I know if you care about our water and resources like I do, you will teach me the magic and thrill of hookin’ a big one and I will teach you the politics of protecting our environment.

The other side of sponsorship