Oxygenation of Livewells to Improve Survival of Tournament-Caught Bass

Bass fishing heats up in summer, but extra effort is required by tournament anglers to maintain the health of their catch this time of year. Dissolved oxygen is the single most important factor for keeping bass alive, and an understanding of factors that affect oxygen levels will better enable anglers to keep their fish alive.

Oxygen levels in Texas reservoirs are at their highest in summer months, sometimes reaching 13-14 mg/l, which is well above 100 percent saturation. Dense algae populations occurring this time of year produce oxygen through photosynthesis at a higher rate than excess oxygen can naturally escape through the water’s surface or be used by fish. Thus, Texas reservoirs are oxygen-rich environments for fish during summer. This changes rapidly when fish are caught and placed into a livewell.

Water pumped into livewells becomes depleted of oxygen quickly. A bass’s metabolism is in high gear in summer, resulting in rapid oxygen uptake. Photosynthesis ceases inside livewells because of the dark environment. Therefore, it is necessary to provide oxygen to keep fish alive.

Most modern livewell systems have two options to maintain oxygen in livewells and these usually can operate in tandem or individually. Water can be continuously pumped in from the reservoir forcing out existing less-oxygenated water through livewell overflows, thereby keeping livewell oxygen close to the oxygen levels in the reservoir. Second, the level of oxygen in the water can be increased by mixing water with air via recirculation of existing livewell water so that oxygen contained in the air can be dissolved into livewell water. Both these means of supplying livewell oxygen have their limitations

Biologists have determined it is not advisable to continuously exchange water during summer months, because reservoir surface water temperatures often become excessive later in the day and can contribute to mortality. Alternatively, anglers are urged to maintain livewell water temperature five to eight degrees cooler than the reservoir temperature to slow fish metabolism, run livewell recirculation pumps continuously to provide oxygen by mixing and exchange water in livewells only two to three times a day.

Livewell recirculation systems are incapable of maintaining oxygen concentrations higher than 100 percent saturation, even in the absence of fish. The water-air mixing which introduces oxygen into livewell water also serves to remove oxygen in excess of saturation level concentration. With small to moderate limits of fish, five fish weighing up to 15 pounds total, fully functioning recirculation systems can maintain oxygen between 5 and 7 mg/l. Although this concentration is substantially lower than normal reservoir oxygen levels, it is sufficient to keep fish healthy. Oxygen levels below 4 mg/l are harmful to bass, especially if allowed to remain this low. Note that there is little buffer between the oxygen level harmful to bass and the level maintained by livewell recirculation systems.

Without injecting oxygen into the livewell, it is very difficult to supply enough oxygen to keep alive heavier tournament limits. These can exceed 30 pounds and are common at Falcon, Amistad and other Texas reservoirs. Numerous scientific studies have shown that larger bass are inherently more susceptible to tournament mortality, which further compounds the difficulty of maintaining the health of heavy limits. Modern bass boat livewells average about 30 gallons total capacity, and this capacity is effectively reduced when containing a heavy limit of fish, as the fish biomass displaces water out through the overflows unless they are plugged. In this example the load ratio is more than one pound of bass for every gallon of water. Think of two five-pound fish in a 10-gallon aquarium or one five-pound fish in a five-gallon bucket.

When anglers are fortunate enough to have a heavy limit, they should be mindful that their fish are at severe risk of mortality because of insufficient oxygen. Remember there is only a small buffer between the oxygen level maintained by recirculation systems and the oxygen level detrimental to fish survival when a livewell contains a small to moderate limit. In the case of a heavy limit, there is even less water to hold oxygen relative to the biomass of fish, and the large fish have a higher oxygen demand. Fully functioning livewell systems and proper application of proven livewell management and fish care procedures are absolutely necessary and may keep a heavy fish limit healthy, but oxygen injection offers a surer alternative.

Oxygen injection has long been used by Texas Parks and Wildlife Department (TPWD) hatcheries to maintain the health of fish being stocked into reservoirs. Fisheries staff regularly transport or hold fish in ratios equal to or greater than one pound of fish to a gallon of water. However, boat manufactures do not offer oxygen injection system options, and very few tournament anglers have installed oxygen equipment on their boats. Minimal information is available concerning effective and necessary equipment to do so.

TPWD’s Inland Fisheries team in San Antonio tested various oxygen cylinders, regulators, hoses, connectors and diffusers and determined a simple, effective and safe system that anglers can install in their bass boats. Equipment was evaluated on three different bass boat makes having slightly different recirculation systems. Testing revealed that livewell oxygen concentration after one hour was about twice as high for the oxygen injection system compared to standard recirculation when a small to moderate fish limit was present. When a 27.6 lb five-fish limit was added, oxygen fell below the critical 4 mg/l level with only the recirculation pumps running, whereas oxygen level rose to slightly above 100 percent saturation level to 10 mg/l when oxygen injection was turned on.

Also, demonstration oxygen injection units can be seen at Falcon Lake Tackle in Zapata and at Angler’s Lodge in Del Rio.

Anglers should be aware that during summer the vast majority of tournament fish mortality occurs one to three days after release back into the reservoir. Recent TPWD studies involving major tournaments at Amistad showed low initial mortality year-round, but high delayed mortality for summer-time events.

Delayed mortality was low (less than 5 percent) for tournament events held when the reservoir water temperature was less than 65 degrees. However, delayed mortality ranged from 18.2 to 43.1 percent for tournament events held when the water temperature exceeded 79 degrees. Totaling initial and delayed mortality for one of the studied tournaments revealed that 50.1 percent of all weighed-in fish died at that particular tournament. Anglers should be mindful that many of the fish released alive back into the reservoir during summer experience mortality a short time later.  Although use of proper livewell management and fish-care procedures will somewhat increase the likelihood of long-term survival of tournament-caught and released fish, oxygen injection guarantees against low oxygen causing mortality. 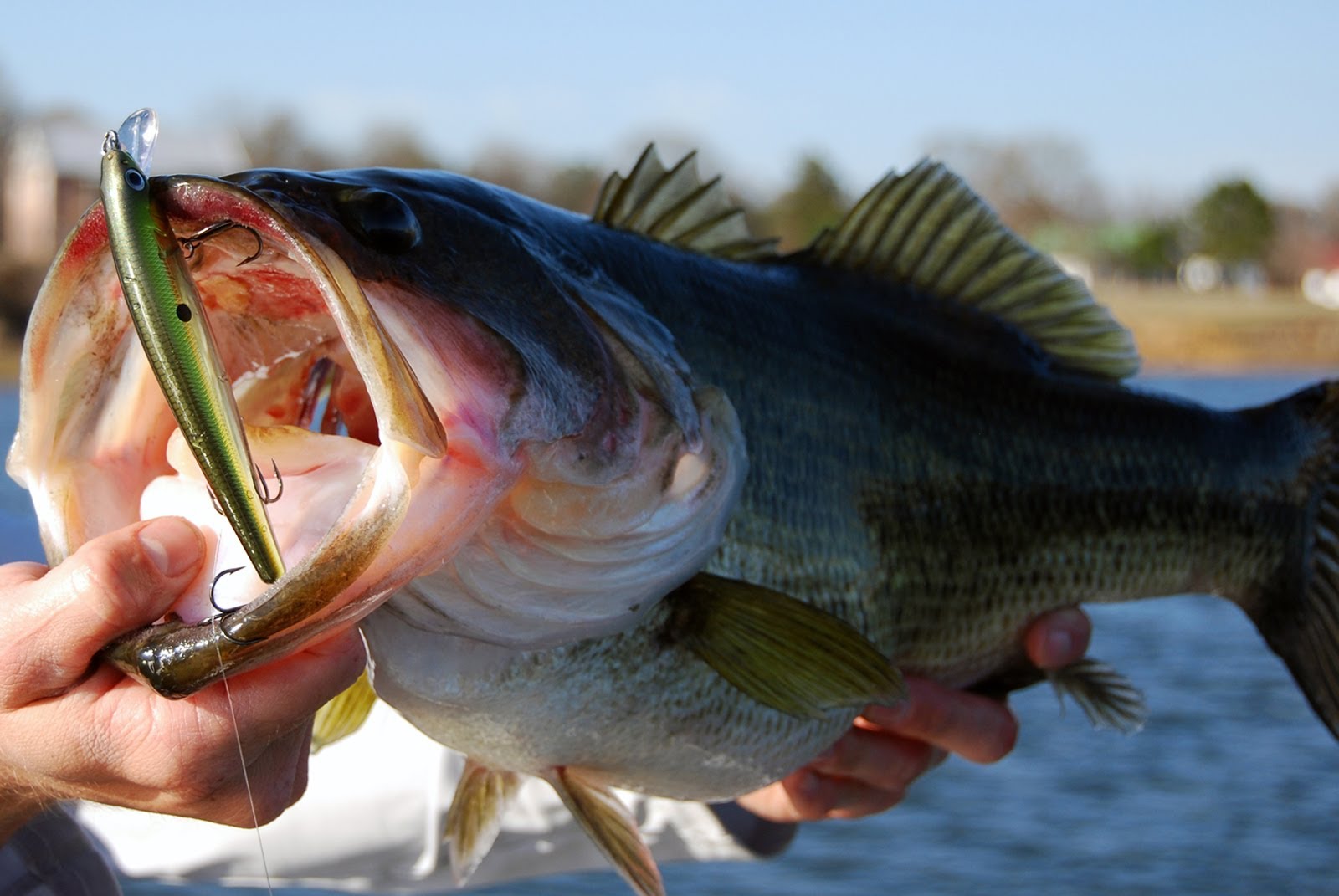 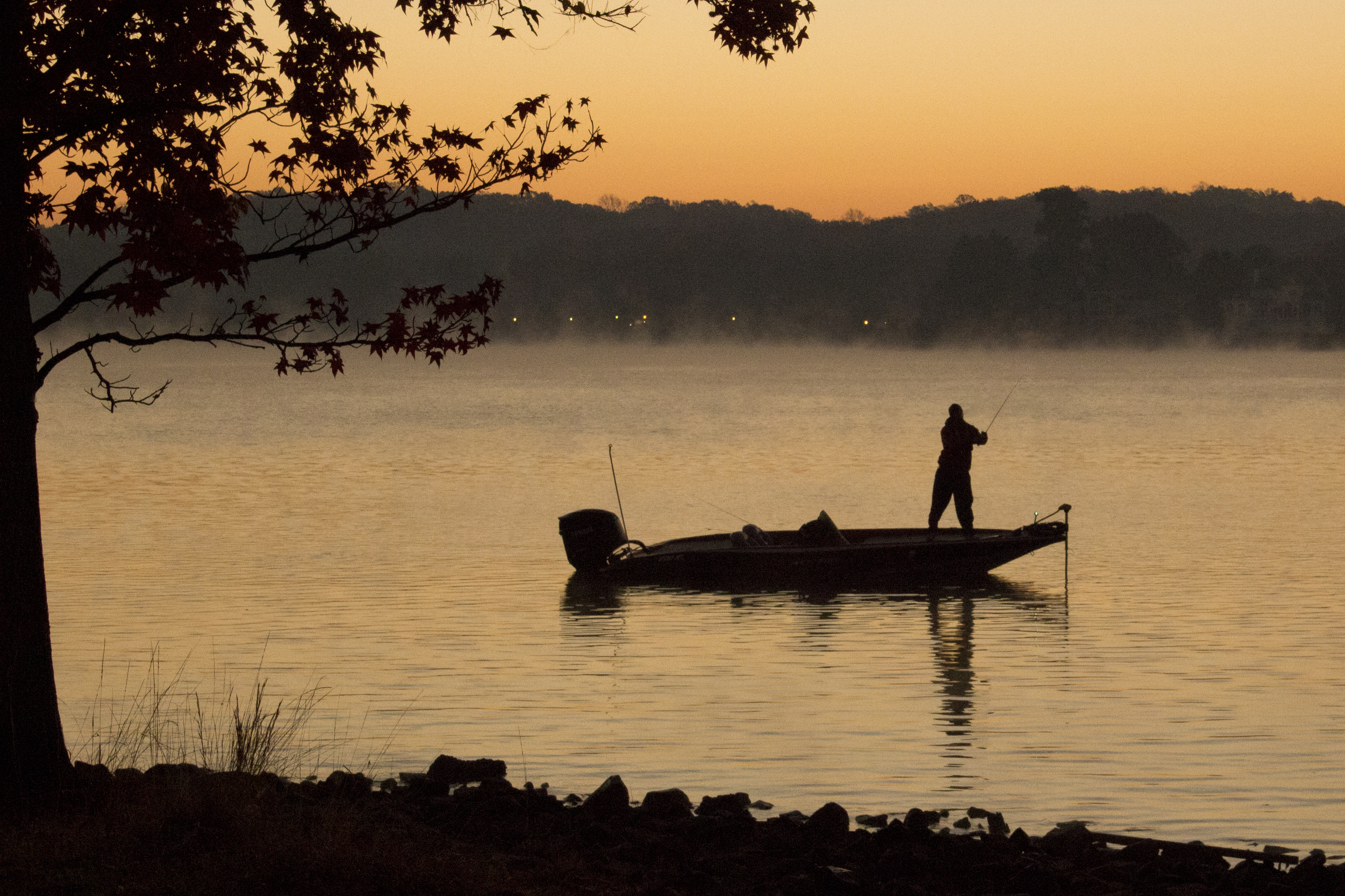